Audiences and critics love the short film "It's Time for Tea" and Matthew is often asked, "what's next?" See below for some yet-to-be-produced TV Shows, Feature Films, Shorts and Web Series.  Each project carries Matthew's unique brand of dark comedy, from the subtle, to the broad, and all uncomfortable laughs in between.
Contact Matthew to read the screenplays, treatments and pitches. ​

THANKS FOR YOUR DONATION (Feature)
Thanks for Your Donation is a limited cast, limited location 90-minute thriller. It's a psychological thriller with elements of horror, comedy and social commentary.

Logline: When an orphan discovers that she has been adopted for the sole purpose of being an organ donor for her sickly new brother, she must fight her new family and escape their old mansion before her life is taken and her lungs are harvested.

Izzy, a 12-year old girl, is adopted by the perfect family – kind, good-looking and very wealthy. But all is not what it seems and Izzy figures out that she was adopted for just one reason: to harvest her organs to transplant them to the family’s sickly son. Her "brother" needs to live long enough in order to procreate and carry on the family name.

Thanks for Your Donation is a commentary on important social issues currently facing this nation. Izzy is African American. The family adopts her for the sole purpose of harvesting her organs. But this isn’t just about killing Izzy to save their son’s life. It’s about the family protecting their proud heritage and using their privilege to collect and dispose of other humans as they please.
This film is an allegory for the country's history of slavery and years of continued systemic racism. The family represents old white money that they never earned and don’t deserve, but use to buy and control others. 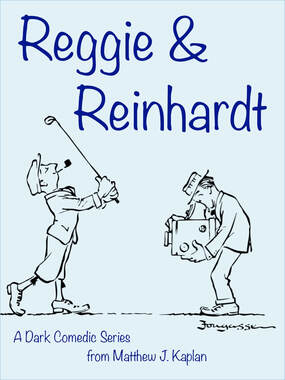 REGGIE & REINHARDT (Series)
Welcome to BIG TIME CITY, a place full of big dreams that never come true. But don’t tell Reggie and Reinhardt that – actually, please do – someone has to!

Logline: Two moppers at a mop factory hatch plans in order to break free from their mundane lives, but no matter how weird, wrong or extraordinary their adventures are, they always end up back with their ordinary lives.

Reggie & Reinhardt is an episodic half-hour dark comedy featuring the antics and misadventures of two mispaired best friends. With each episode comes a new dream to be fulfilled or a problem to be solved. Unfortunately for Reinhardt, Reggie’s “bright ideas” get in the way of any sensible solutions, and the simplest of problems lead to the worst possible results.
​
Reggie & Reinhardt is like a Twilight Zone episode featuring Laurel and Hardy and directed by the Coen Brothers. While Pinky and the Brain try to take over the world, Reggie and Reinhardt try to escape it. But just like Skipper and Gilligan, these two buddies will never escape their Island. 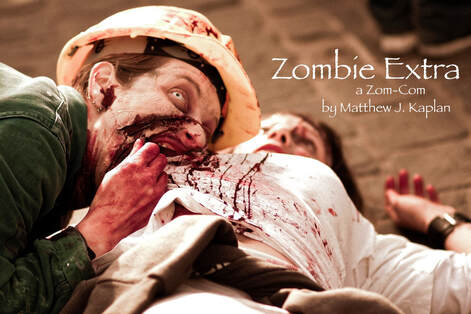 ZOMBIE EXTRA (Feature)
Wanna take a bite out of the hilarious and delightfully disgusting ZombBromCom? What’s a ZombBromCom? It’s a Zombie Bromance Comedy!

Logline:  As a struggling actor transforms into a zombie, he finds success on the sets of low-budget horror films where he feasts on other extras, but the cops are out to arrest him, the mafia are out to kill him and worst of all, his best friend is out to cure him!

Zombie Extra tells the story of Peter Knight, a struggling actor disconnected from his roles, and his life. In love with a girlfriend who cheats on him, and struggling to find work, he hopes something, anything will happen. Lightning strikes the toxic Gowanus Canal of Brooklyn and Aldo, the victim of a long-forgotten Mafia hit, is reanimated. The zombie Aldo attacks Peter and now the only work he can find is as an extra in horror films. Peter’s best friend Nicholas, a zombie enthusiast, tries to help him return to his former human self, but Peter is having the time of his life, even while being undead. In the tradition of films like Shaun of the Dead and Zombieland, Zombie Extra plays on our greatest fears of getting our flesh eaten while still managing to tickle our funny bones. 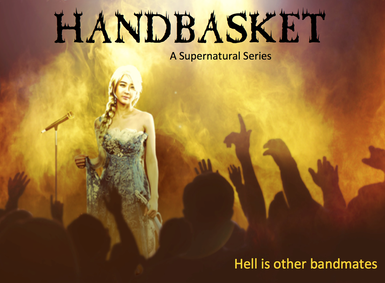 ​HANDBASKET (Series)
It’s the Fall of 1995 in an artsy college town and the band Handbasket is on the verge of success. They just need a little extra luck, but if it wasn’t for bad luck they’d have no luck at all.

Logline: When a drummer’s deal with the devil results in the disappearance of the singer, the remaining bandmates must face their own demons in order to break the deal before the next singer vanishes.

The same night Handbasket lands a lucrative record deal, their singer mysteriously disappears. With pressure from the label, the remaining members go into the studio with a replacement singer. But with every new success, another singer is gone, and the only clue left behind is burnt remnants of their shoes. Many new people have started to hang around the band – can one of them be the devil?

Handbasket is a serial science-fiction thriller about good vs. evil, the nineties indie music scene, and the budding romantic relationship between bandmates. In the same way that Stranger Things uses the '80s and shadow monsters to explore friendship, Handbasket uses the '90s and the devil to explore band relationships, romance, and the music industry. 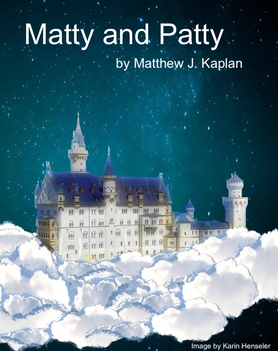 THE ANIMATED ADVENTURES OF MATTY AND PATTY (Series)
A little less dark, a little more family-friendly, this story starts when Matty trampolines himself through the sky of his world and right into Patty’s hometown. This is just the first of their many adventures!

Logline: Two ten-year-olds from different dimensions, Matty the dimwitted gentle-giant and Patty the wise-beyond-her-years, no-nonsense brains of the operation, travel through different worlds to find Patty’s lost cat Bruno and return Matty to his family.

The two friends begin and end each adventure in Patty’s hometown of Hubdale. There, the duo must avoid run-ins with neighborhood bullies, mean teachers and Patty’s family. In the other dimensions, danger is around every corner until they slowly learn how to control their travels, with the help of a mysterious stranger.

Matty and Patty are fifteen-minute animated episodes, appropriate for all ages but, similar to the Muppet Show, Animaniacs and The Simpsons, this show is intended to work on multiple levels, appealing to children and adults alike. Easy-to-follow adventures, along with social commentary and subtle humor, are mixed into big laughs for the whole family.
SHORTS
Jules and Binoculars (Romance) On his 50th birthday, Jules is kicked out of his mother’s basement to make room for her new husband’s crafts studio. In need of money, he takes a job selling honey at his local Brooklyn farmer’s market.  There he meets fellow oddball Lauren, aka “Binoculars,” who wants nothing more than to get stung by a bee, and maybe they will both get stung by Cupid’s arrow.
​​Gleiberman (Twilight Zone-esque Thriller) A paranoid military vet spies on his Brownstone neighbors by wiring items for sound, and leaving them on the free “giveaway bench. Although the neighbors only have the best intentions, Gleiberman misinterprets his findings, leading to horrific results.
​The Zombie You Save May Be Your Own (Horror-Comedy) During a Long Island zombie outbreak,  Poppy tricks exterminator ex-husband Trent into saving her by handcuffing the two together.  They are attacked by zombies but cannot ascend to the peaceful afterlife until their still-cuffed zombies are killed.  As ghosts, they must finally learn to work together to steer their zombie selves into destruction.

You Can’t Break a Promise on Mallory Wingate’s Birthday  (Twilight Zone-esque Thriller) The house-ridden Barbara warns her sister Candace about the curse of 1950s B-movie actress Mallory Wingate, but Candace will not listen and throughout the day, Mallory’s ghost reminds Candace that you just can’t break a promise on her birthday. Will Candace keep her promise to Barbara and read her screenplay, or will she meet a similar fate as the doomed starlet of yesteryear?
​WEB SERIES
Sitting Around (Comedy) Desi, her brother, and former stepmother fumble through life as Brooklyn cat-sitters.  Whether looking for the perfect photo for an Instagram-famous cat, or navigating a curse from a particular witchy cat-lady, the three must help each other with cats, clients, and the dog-walkers who constantly bully them.

The County of Kings and Other Odd Things (Sci-Fi Mystery) Years after the mysterious disappearance of the family patriarch, Mother-and-Son Cryptozoologists, Winnie and Julian Flint, visit various Brooklyn neighborhoods to investigate reports of the spooky, scary and absurd. In the Marty-meets-The X-Files series, Julian searches for his father while Winnie just wants to find a nice girl for her son. Is that too much to ask?